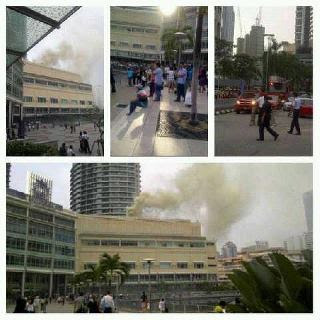 UPDATE (7.27pm): Correction: According to The Star, the fire department received a distress call at about 5.25pm and they arrived within minutes to put out the fire. The LRT services have also been resumed, according to Netizens.

UPDATE (6.58pm): According to reports, the fire started in Chinoz at about 5.45pm and the fire has been extinguished. No casualties have officially been reported yet, but according to several Netizens, the chef was wheeled away in an ambulance.

Hundreds of people are currently being evacuated from Suria KLCC and the areas surrounding it as a fire broke out in a restaurant located on the ground floor, Chinoz on the Park.

As reported by The Star, a spokesperson for KLCC said that mall security were alerted by shoppers who saw a large column of smoke coming out from the mall. Shoppers who were in the mall and office workers were the first ones to be evacuated, followed by retailers.

As of 6.30pm, the mall has been closed to the public due to safety reasons. No casualties or injury have been reported. 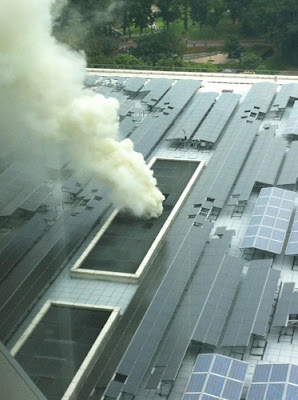